Autumn Weekend in the UP

Sheree arrived from North Carolina on Saturday morning and we spent the next three days relaxing in Marquette and Alger counties, both at home and in the woods.

Awesome sunrise views are less than five minutes from our house. The city of Marquette has great riding and walking paths and trails, all accessible by just walking out the front door. 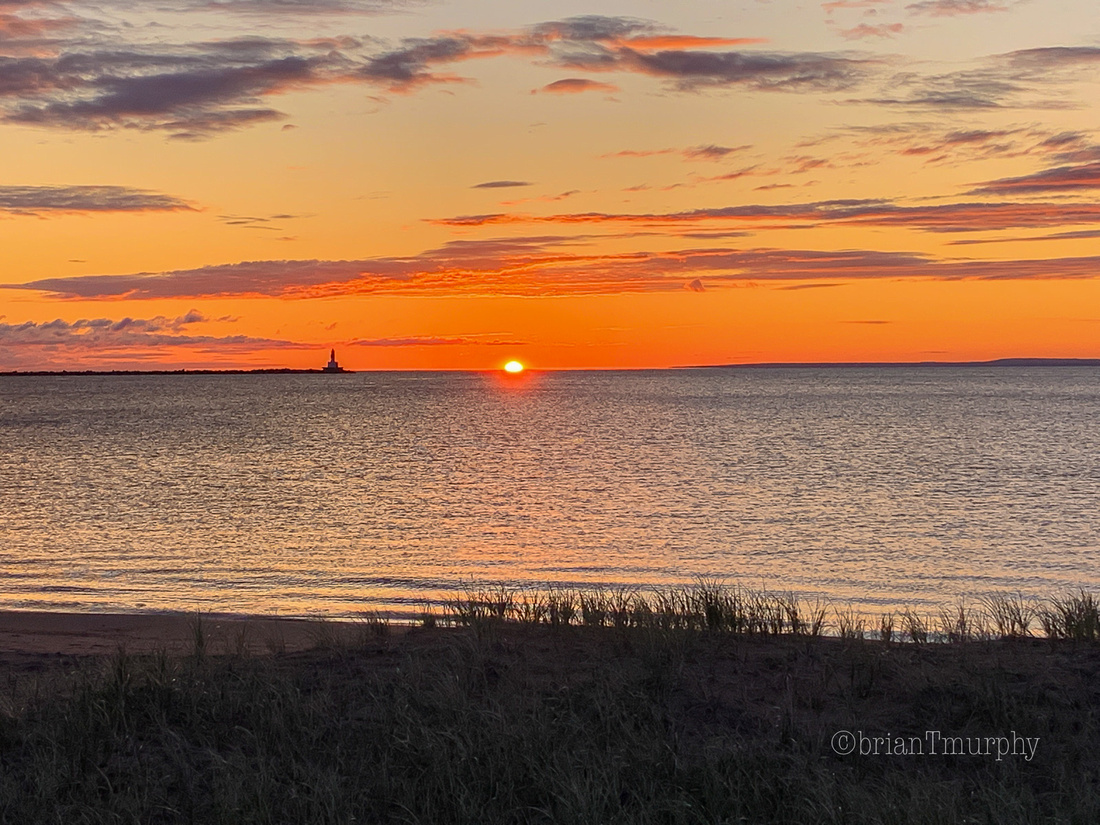 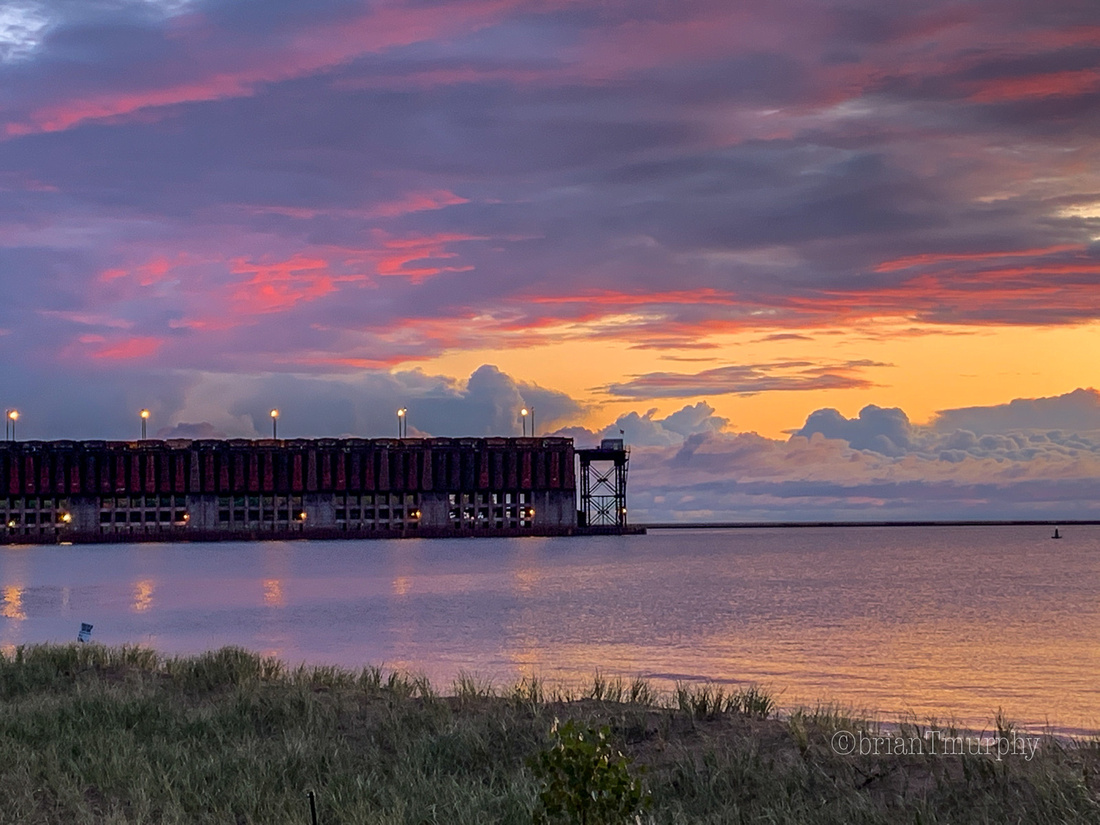 Marquette Ore DockIron ore pellets are loaded onto "lakers", large ship, from the train cars you can see along the top of the dock.

"An ore dock is a large structure used for loading ore (typically from railway cars or ore jennies) onto ships, which then carry the ore to steelworks or to transshipment points. Most known ore docks were constructed near iron mines on the upper Great Lakes and served the lower Great Lakes." 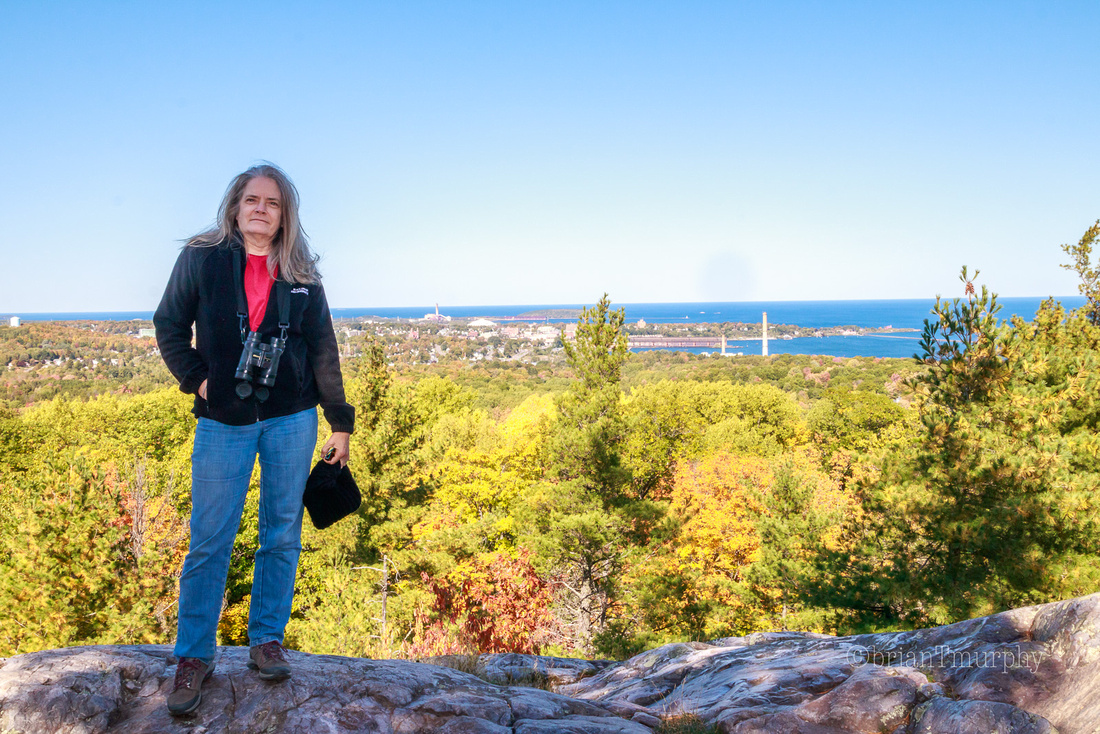 Traveling north of Marquette along the Lake Superior shoreline, we had a wonderful drive in the autumn countryside of Upper Michigan.  After a short hike up to Thomas Overlook, we took a long drive west on County Road AAA, 15-20 miles, past Eagle Mine, through Superior State Forest and across the northern boundary of the McCormick Wilderness. We then backtracked, driving east and then south to the Yellow Dog River before returning to Marquette for a pasty lunch. 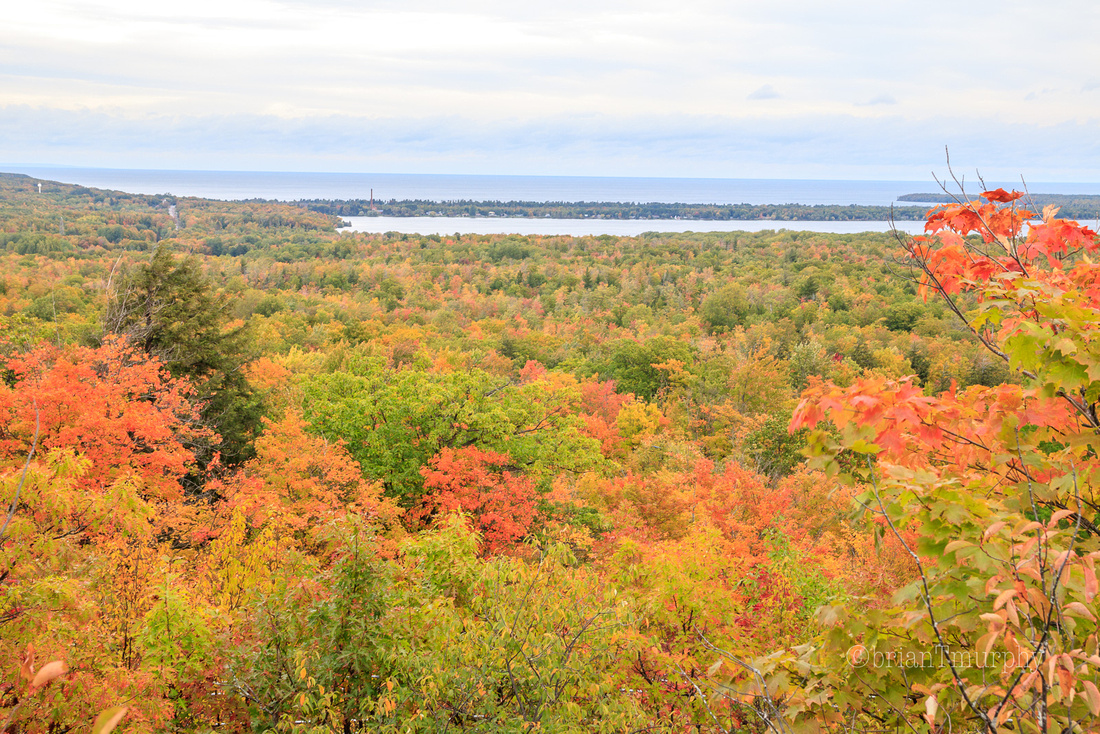 View from Thomas Rock OverlookClose up water is Lake Independence, Lake Superior behind. Henry Ford was a part-time resident of Big Bay and established a number of businesses in the area. 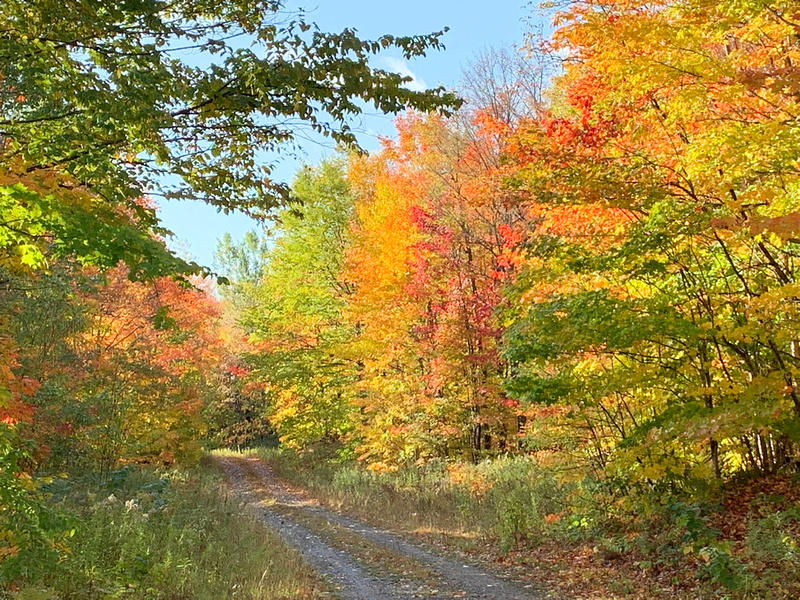 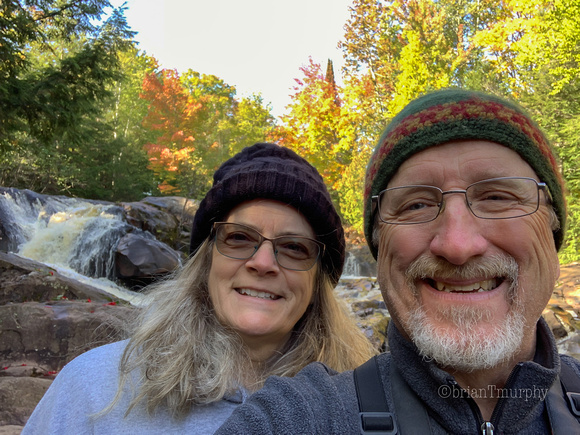 Sheree' and Brian on the Yellow Dog River

"The river's historical name in Ojibwe is Zhaagawaagaminaang-ziibi " 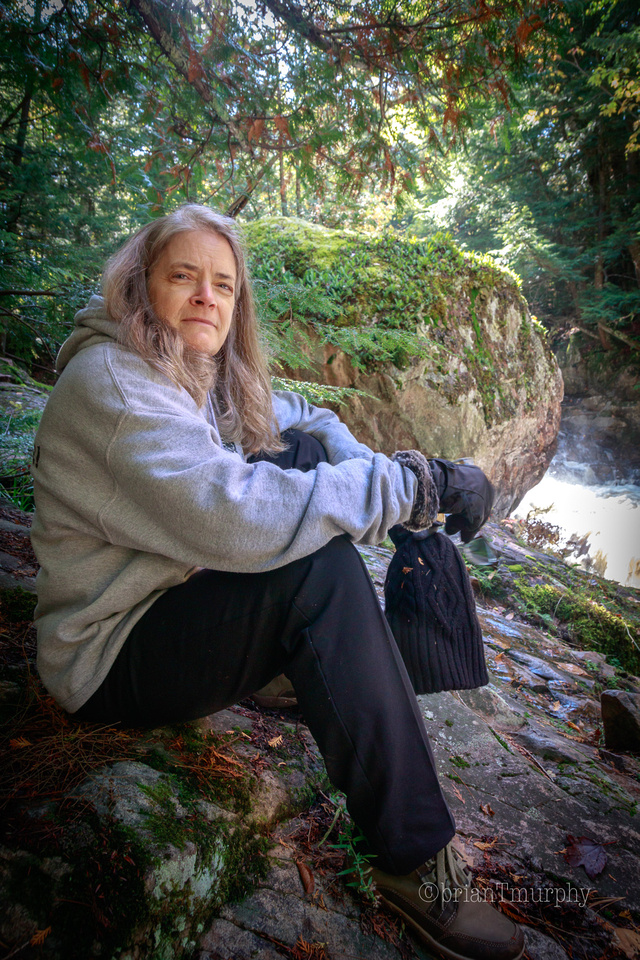 Sheree' at the Lower Falls

Traveling east of Marquette on M-28, we turned onto Deerton Road, then Peter White Road which took us to Laughing Whitefish Lake Nature Preserve, a Nature Conservancy property. This land was donated by the nephew of George Siras III.

"Situated between Laughing Whitefish Falls Scenic Area and Hiawatha National Forest, the 1,728-acre preserve lies along Laughing Whitefish Lake and River, six miles south of where the river empties at Lake Superior. The preserve includes three-quarters of the lake as well as over 1,000 acres of surrounding wetlands and upland forest.

Abundant wildlife including Bald eagles and loons, along with black bear, river otter, beaver, leopard frog and a host of warblers, thrushes and woodpeckers frequent the area. The varied habitats here—marsh and swamp, hardwood and beech-maple forests—all work in unison to support these creatures.  " 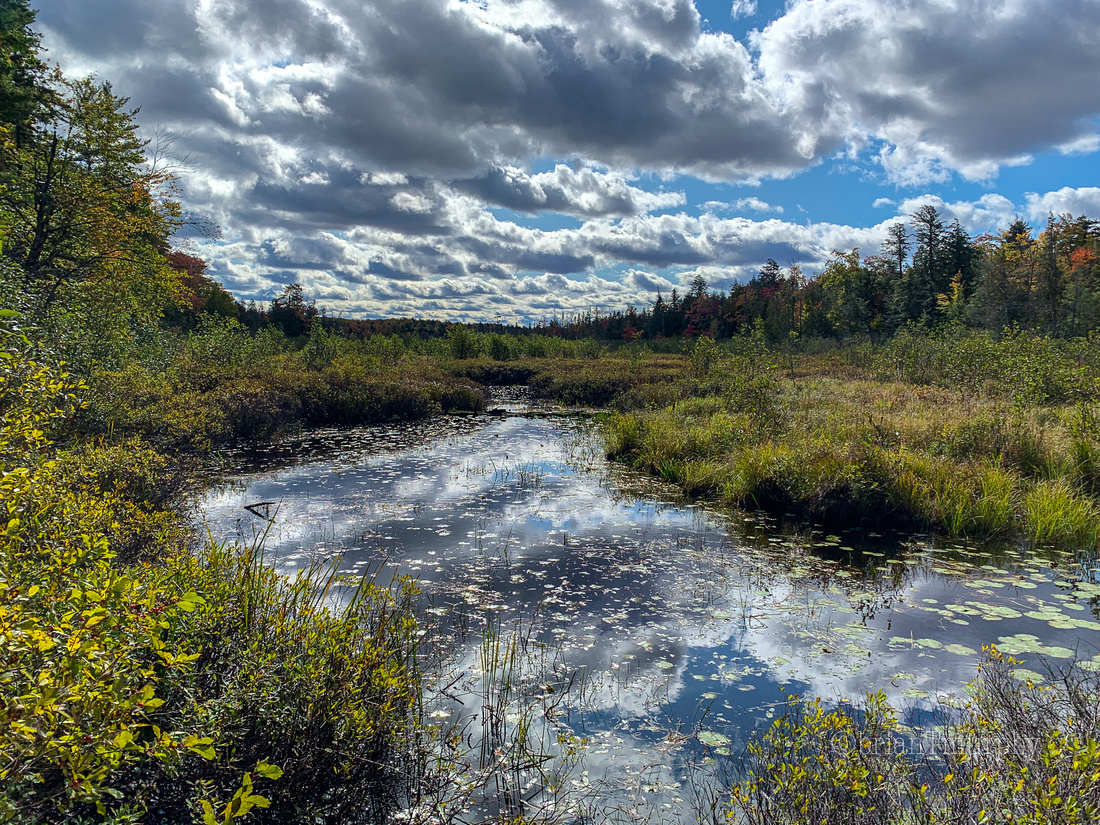 Located in Alger County, southeast of Marquette of M-94, this Michigan DNR property is a highlight of any trip to the Upper Peninsula.

"Laughing Whitefish Falls is considered by many to be the most spectacular of Michigan's falls. The falls cascade through a picturesque gorge with old growth white pine and hemlock towering above. The falls can be reached by a moderate (.6 mile) hike through beech-maple forest." 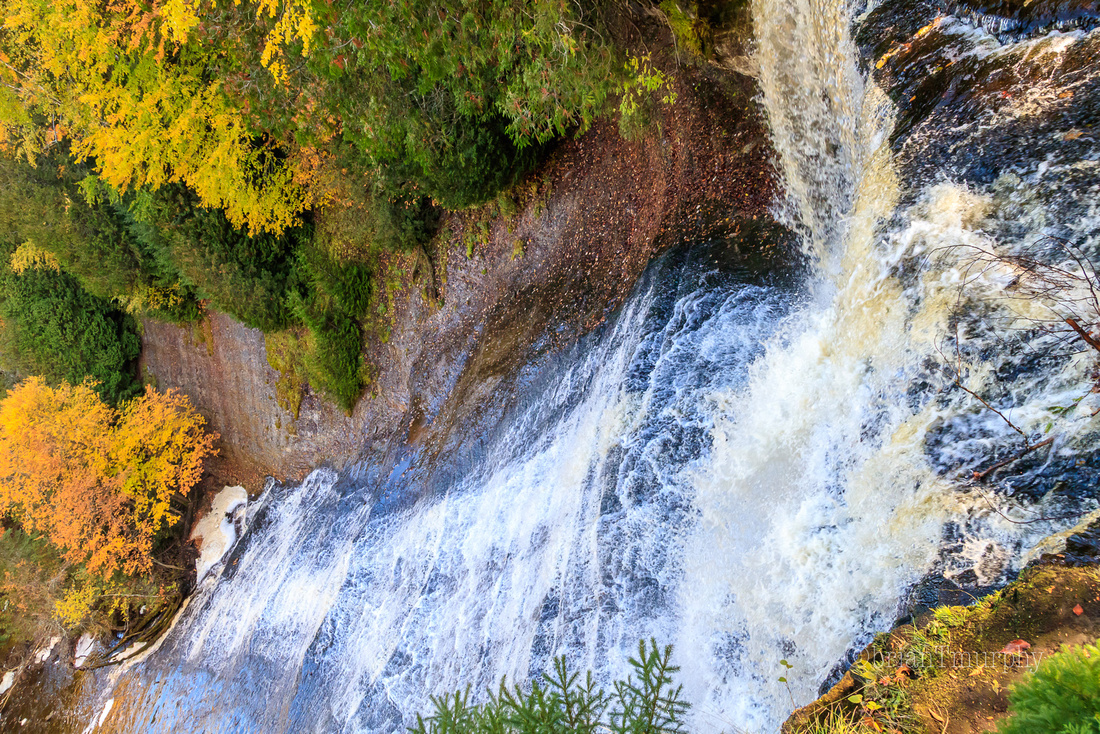 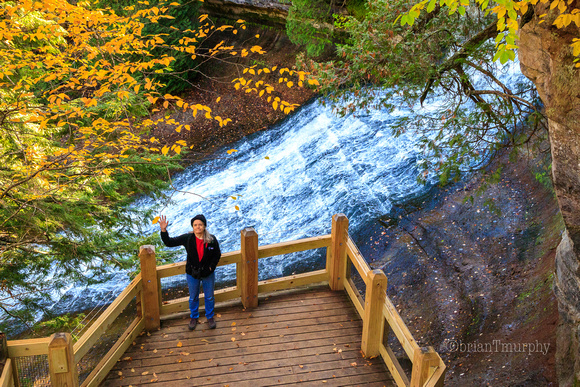 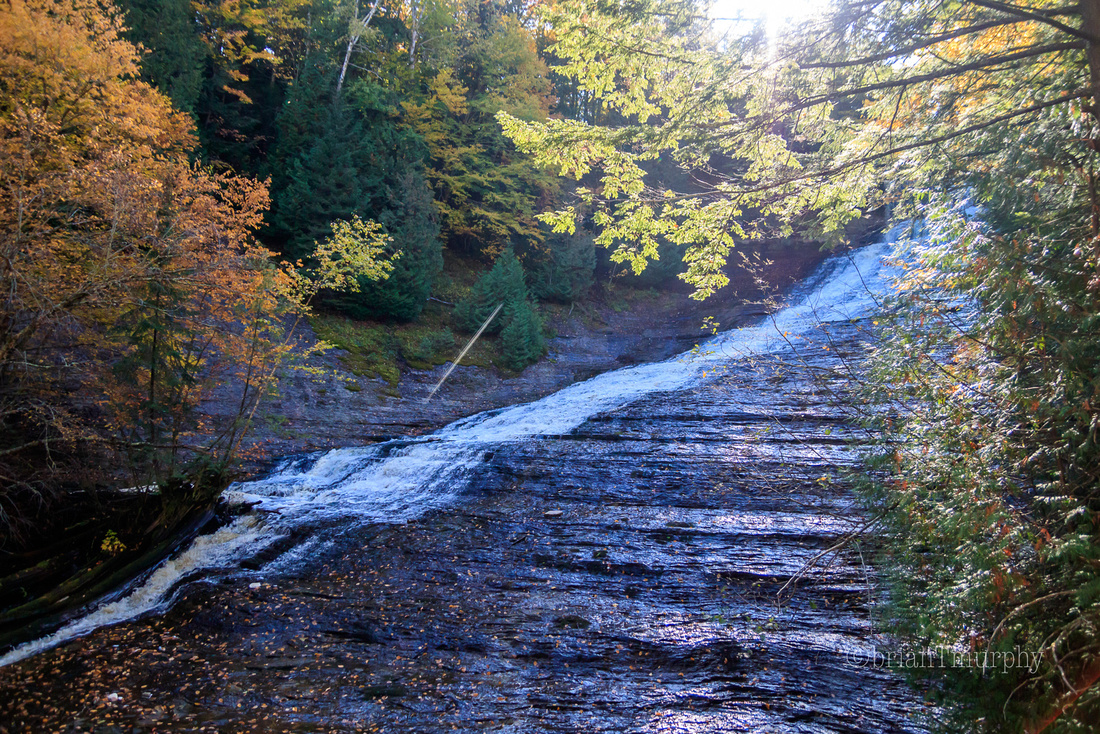