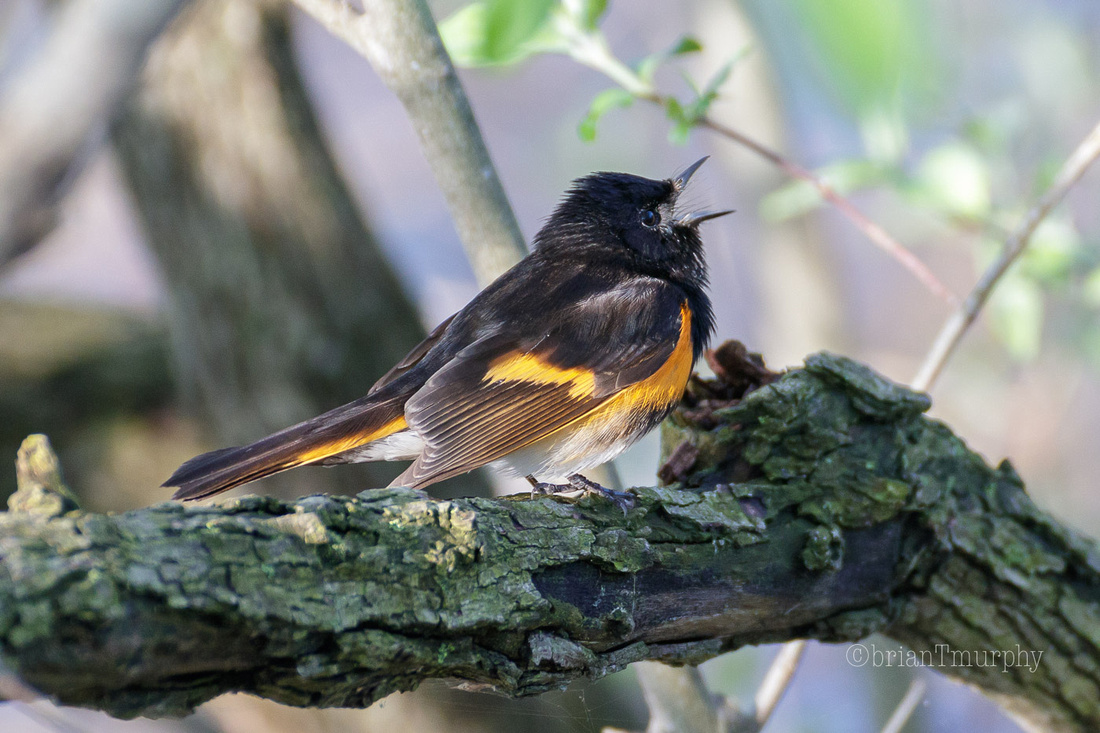 Before I get into how marvelous Magee Marsh is, allow me to share some birding on the way north, at Pilot Mountain State Park (NC) and Salt Fork State Park in Ohio.

We arrived at Pilot Mt. State Park late afternoon. Birds were relatively quiet around the parking area. It was a warm afternoon with good thermals being enjoyed by a large group of Turkey(26) and Black(10) Vultures.  After setting up camp I walked the campground and located only 2 warblers, Black-throated Blue and Ovenbird. The only migrant was a singing Swainson's Thrush. In the morning, while packing up, we added Black and White, Black-throated Green and Yellow-Rump Warblers. Time to head north, the warblers seem to be ahead of us.

Located in east-central Ohio, Salt Fork is Ohio's largest state park. Before leaving home I looked up the most recent eBird counts, and the one with 24 warbler species really stood out. While setting up camp, and afterward, our warbler list reached 10 species. Most of them were right there in our campground loop. There were numerous Baltimore Orioles, Warbling Vireo, and Indigo Bunting. That night I hoped for some nocturnal action. Only a Barred Owl stepped up to the plate. 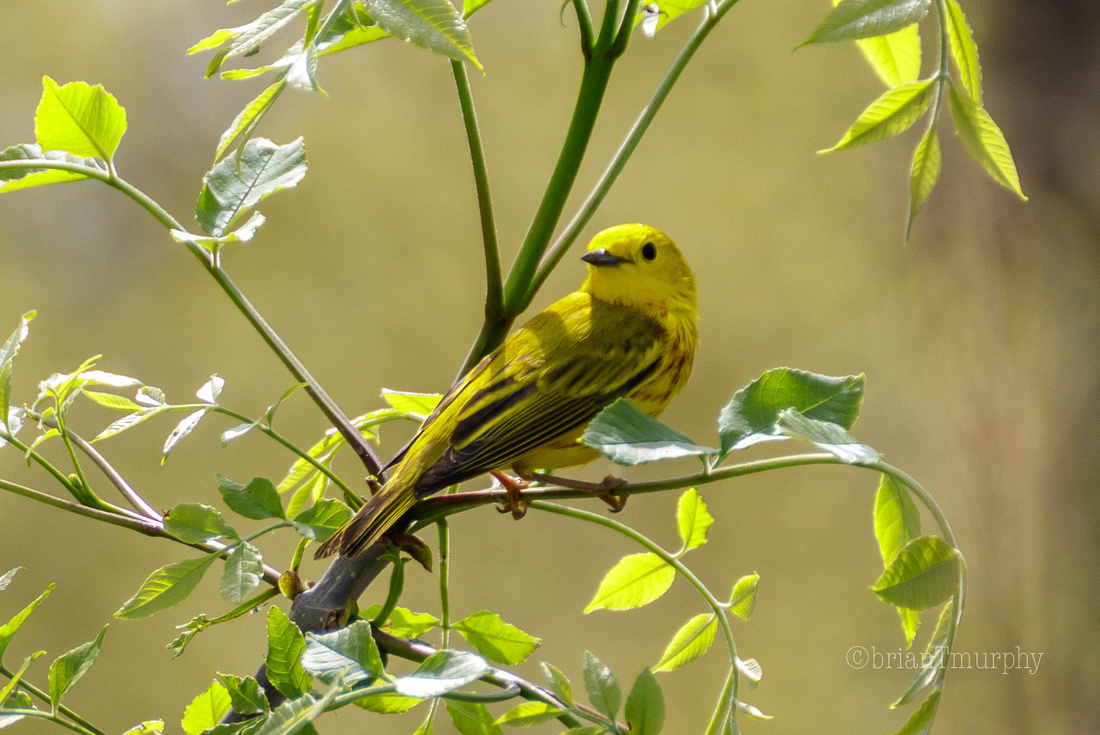 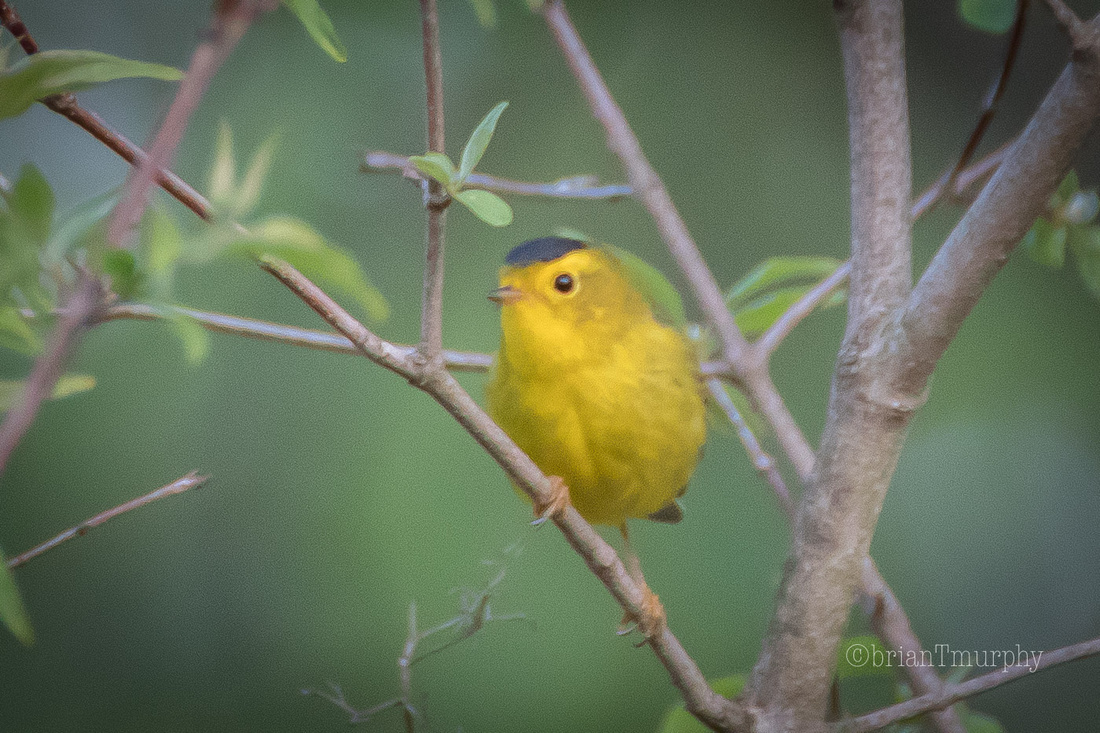 On our return visit, we added Northern Waterthrush, Bobolinks,  and I finally got a visual on the Cerulean Warblers (Sheree' saw them at Maumee).  Total count for the campground area - 72 species. Look forward to exploring more of this awesome park in the future.

When I first heard that polluted Lake Erie was home to one hot birding spot I probably rolled my eyes. When I stepped on to the boardwalk I rolled them in amazement. Questions rushed through my brain - why here? Why not 10 miles down the road at Maumee? What are the future prospects of this place? WHAT BIRD is that? When will the sun come out? (it rarely did over 5 days)

At the end of my ramblings, I have posted some links to web pages that will go in-depth about Magee. For this blog, I want to share with you our experiences at Magee Marsh and surrounding natural areas. 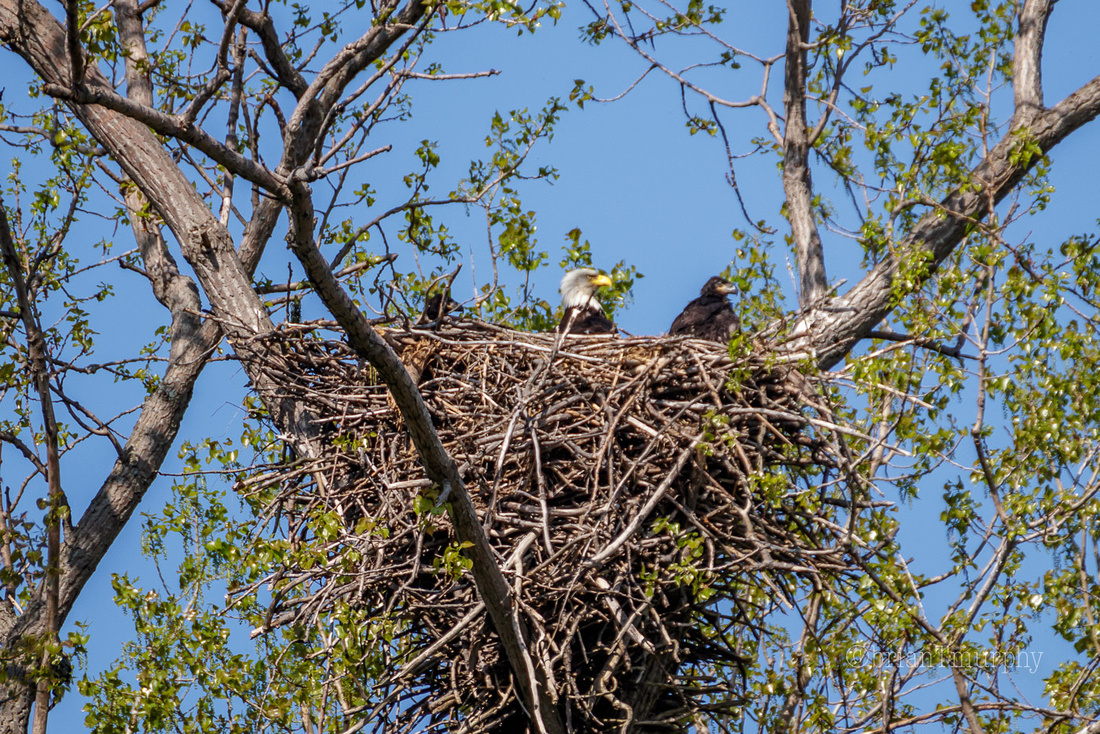 When you first enter the Magee Marsh property it looks like most any other wetland nature preserve. There is the Black Swamp Bird Observatory at the entrance, followed by the Nature Center (which we never visited), and then a short drive through some impoundments after which you arrive at a parking area along the shore of Lake Erie. It is a HUGE parking area, and it was FULL by 10 am, I estimated 500 cars.  Judging from the license plates, birders from all over the United States had come to see the phenomenon called Magee.

As Sheree and I walked along the boardwalk it became a wonderful game of find and ID. Warblers are beautiful in the spring, especially the males and males are mostly what was present. Most males precede females during migration, getting to the breeding grounds first to "set up camp". Sheree had been to Magee previously, but for me it was an incredible learning experience, to finally see almost all the warblers of eastern North America in one place, sometimes within arm's length.

We birded the boardwalk on four different days, each day honing our identification skills, and gradually found ourselves helping other less experienced birders.

Look for us at Magee next year.

Magee Marsh is the shining star of northern Ohio birding, but DO NOT SKIP OVER Ottawa National Wildlife Refuge or other hotspots in the area. From Hwy 2 the Ottawa NWR Visitor Center looks like a lodge or motel. It is a very nice facility staffed by wonderfully helpful volunteers and employees.  This refuge is the most proactive bird-friendly operation I have visited, so far. The North Carolina refuge managers should come to visit and learn. 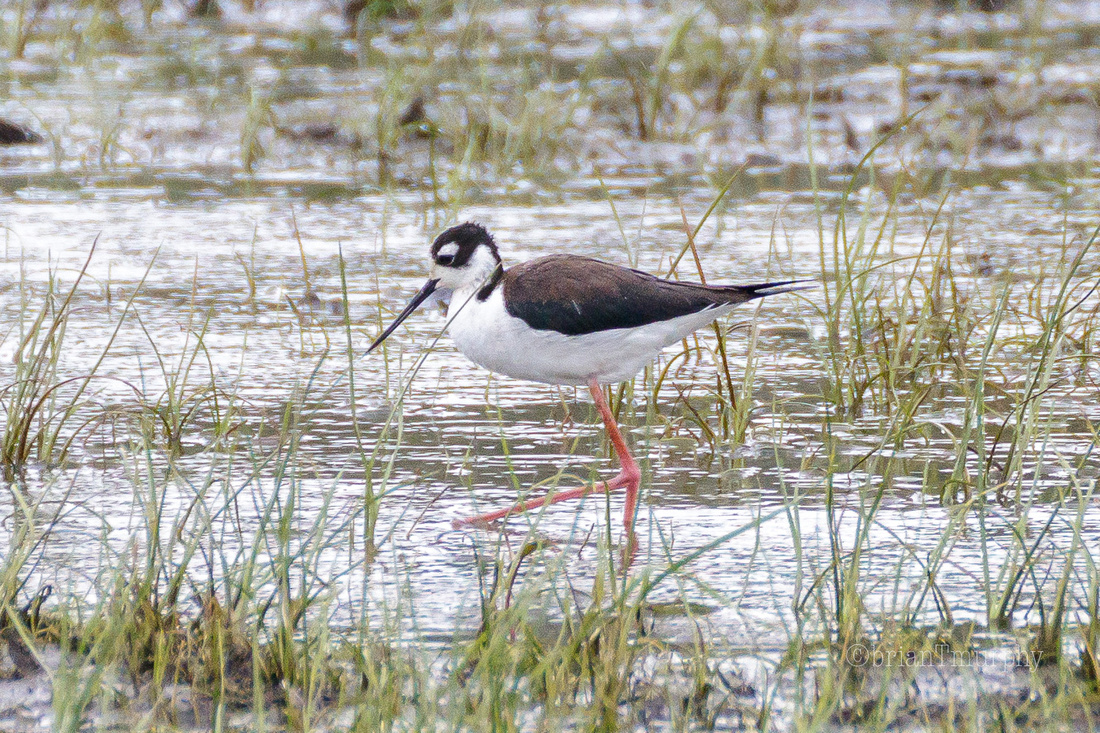 There are hiking trails, a managed bird sanctuary, and a wildlife drive, open every day during the festival, and two days per week the rest of the year.  The pictures to the right were taken along the drive. The sounds of spring were getting cranked up in the marshes. We heard Virginia and King Rails and lots of Soras. At  Mallard Marsh, I heard and recorded an American Bittern.  I did not even try to record warblers, too many. 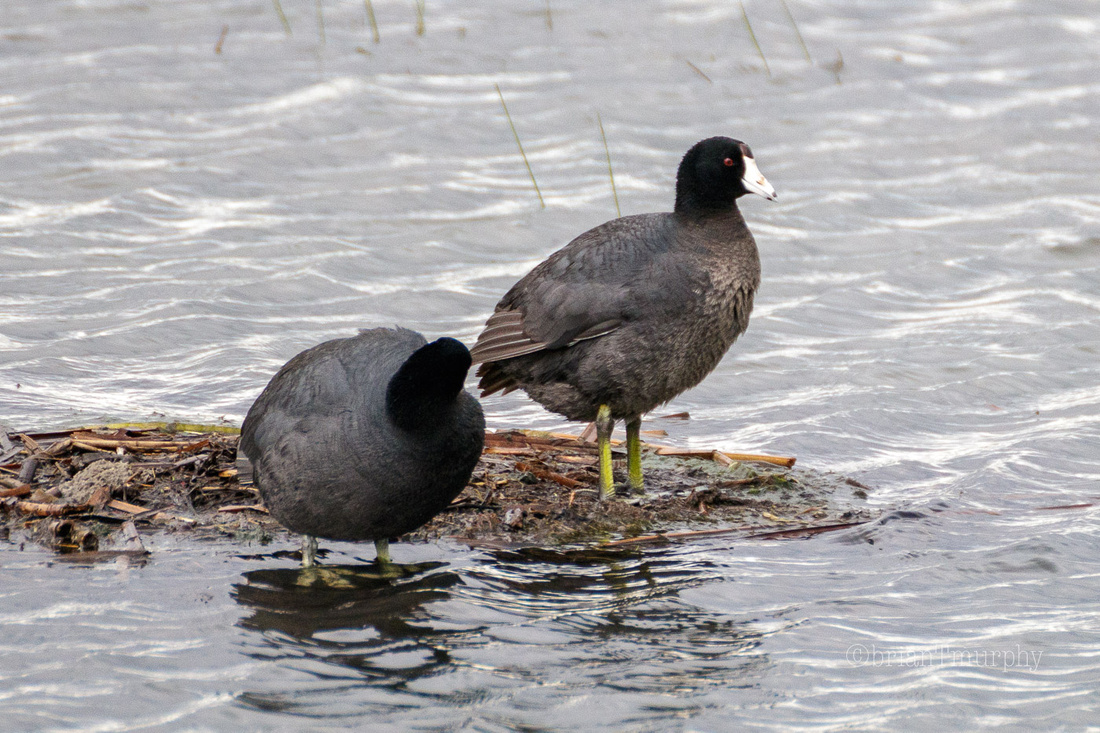 I don't want to leave out the birds of Maumee. In the evening we were entertained by multiple American Woodcocks. While sitting at our campsite we had lots of Baltimore Orioles (fresh oranges on the picnic table helped), White-crowned Sparrows, Rose-breasted Grosbeaks and Gray Catbirds, and in the bushes, we had Wilson's, Canada, Yellow, and Yellow-rumped Warblers, along with American Redstart and Common Yellowthroat. 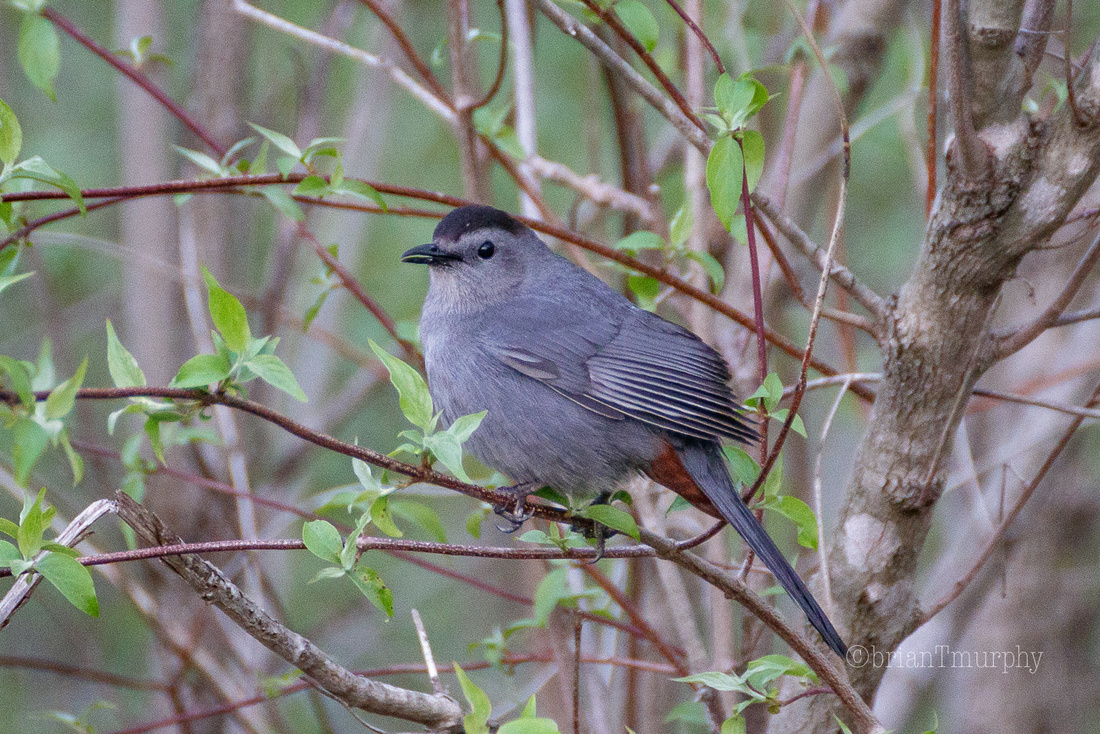 High up in the trees we had Chestnut-sided, N.Parula and CERULEAN Warblers.  And the raccoon, he was 40 feet up a tree, swaying in the wind,  sleeping in what I think was an abandoned hawks nest.

Below is a short video of the Warblers of Magee. Then, a slide show of all the images fit to post. 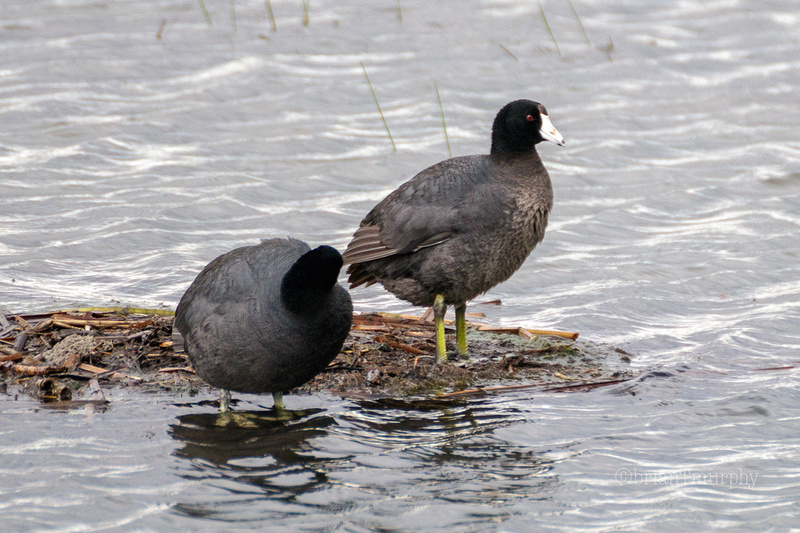