Take me to the land of cooler temperatures, longer twilights, and starier skies.   As I sit here in Hartwick State Park, Michigan, beginning to write this travelogue,  grey clouds of the stormy variety are sliding in on the cusp of a cold front from Canada. It is warm, but the breeze washes away some of the heat and the mosquitos. Come join us now as we share our 3,600-mile journey from Durham, NC to Copper Harbor, MI, and back.

We began our trip on Monday, July 30, for what would be our longest trip to date with Puff, our [email protected] RV.  We pushed on for nearly 8 hours of driving, finally settling at Wolf Run State Park in southeastern Ohio. Pulling a trailer for 8 hours is equivalent to driving 10 hours without.

CAMPER NOTES – Wolf Run was built in the 60’s and it shows, but I like it nonetheless. It is very convenient, easy access to I-77,  nice for a one night stand. On a Monday night in July it was 80% empty.  There is a central wash/shower building to service the entire campground and rather smelly pit toilets in each site circle.  Quite a few of the campsites are uneven, requiring some leveling of your RV.  On a culinary note, there is an ice cream shop at the main entrance. Good sundaes!

We relaxed in the morning, cooked a hearty breakfast, showered and listened to the birds sing. Our next leg of the trip would be much shorter, about four hours. Pulling a trailer adds time to what GPS predicts, about 20%, due to slower speeds. Although on the 8 hour day, at times I pushed it close to 70 mph, the 60-64 mph seems best for our equipment and gas mileage dramatically improves below 60 mph

RV NOTE – the roads in and around Dayton, Cleveland, and over toward Toledo are beaten up, uneven in many places. Be prepared.  Hwy 2 will give your trailer a good bounce at each overpass.

We arrived at Maumee Bay State Park under cloudy and rainy skies, but there was a break allowing us to cook up a nice outdoor dinner. I really like the campground and park at Maumee, even though it is BIG and, well, BIG. As seen in the photos below, lots of dense greenery separate campsites. There are some nice trails, a good variety of birds, and a beach (Lake Erie).  A place to avoid on summer weekends and holidays, but wonderful for the rest of the year. 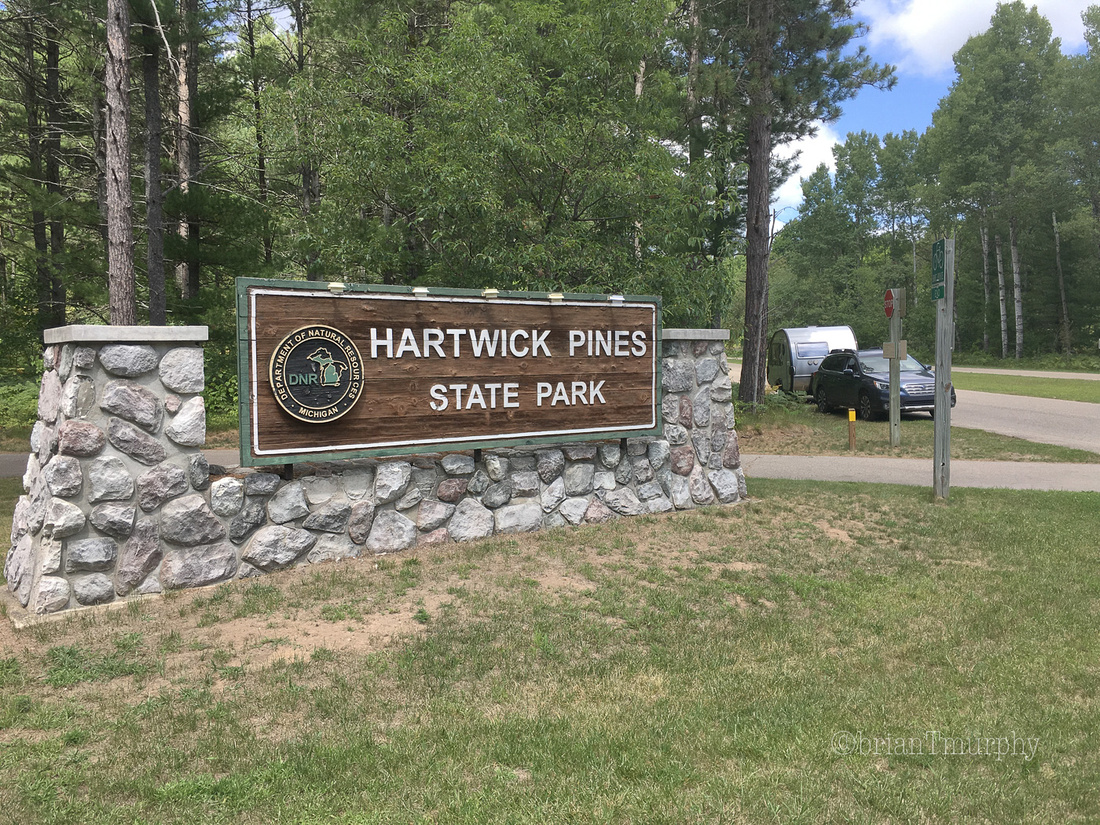 While staying at Hartwick for two nights, I quickly became aware of how “camping” has changed over the decades since I was a child, and it disappoints a little. People stay inside more, in their RV, except when out cooking and around the campfire. Now, don’t get me wrong, a lot of people camping also have kayaks, mountain bikes, ATV’s (yuck) and the like, but part of the RV culture is very sedentary. Like home. And there is a significant number who are full-timers, the RV is their home, so they are not really “camping” in the strict sense of the word. Anyway, most everyone is nice, and I feel very safe at most campgrounds.  Our #1 goal while at Hartwick – paddle the Au Sable River. It was great.

Camper Note – Campsites at Hartwick are a little tight, half are shaded, half in the sun. The facilities and clean, the showers hot. It is a very busy campground so make your reservations early. There are numerous Michigan state forest campgrounds along the way north, no facilities or electric, but then who needs those.

The Au Sable River in Michigan, United States runs approximately 138 miles (222 km)[2] through the northern Lower Peninsula, through the towns of Graylingand Mio, and enters Lake Huron at Au Sable. It is considered one of the best brown trout fisheries east of the Rockies[3] and has been designated a blue ribbon trout stream by the Michigan Department of Natural Resources.[4] In French, au sable literally means “at the sand.” A 1795 map calls it the Beauais River.

Welcome to the edge of the Taiga –  a biome characterized by coniferous forests consisting mostly of pines, spruces and larches. The taiga is the world’s largest biome apart from the oceans.  There are large areas minimally disturbed by human activities, but also plenty of “civilization” for those who prefer it.

If you are into nature and birds, into scenic beauty and outdoor recreation, into the simple life – you will find it here, and more. If you don’t mind driving some miles, you will discover fantastic places and people.  There are world-class trails for mountain bike, kayak,  cross-country ski, and snowmobiles.

Map shows all the National Historic sites on the peninsula

The drive from Marquette to Copper Harbor seemed longer than it really was, due in part to slow speeds toward the end as the road became curvy and bumpy; but, it was a beautiful ride. We were both exhausted and took a short nap after setting up camp at Fort Collins State Park.  We spent the remainder of the day hanging out in the campground, discussing our trip and planning for the upcoming Perseid meteor shower.  At the moment it is 10 pm and the sky is finally getting dark. There is a soft breeze moving through the Trembling Aspen trees, keeping the bugs away while I type at the picnic table. Time for the meteor shower.

One can not help but wonder, why was a fort built way up here? The weather is brutal, the area is very remote, and all that was going on back in the mid-1800s was mining.

Copper Harbor is located at the northern tip of the Keweenaw Peninsula, bordering Lake Superior. It is one of the best natural harbors in Keweenaw County and was a quick focus of attention after copper was discovered on the peninsula in the 1830s. In the early 1840s, a copper rush took place that saw a flood of fortune-seekers moving to the peninsula. The U.S. government was concerned about possible disorder and violence, and lake shipping interests asked the government to build an aid to navigation so that essential supplies could be shipped in and the copper moved out. In 1844, Fort Wilkins was established at the direction of Secretary of War William Wilkins.

Fort Wilkins Historic State Park, located in the northern Keweenaw Peninsula, features camping, day-use facilities, a restored 1844 army military outpost and one of the first lighthouses on Lake Superior built in 1866. Fort Wilkins became a state park in 1923. Extensive restoration work and development began in the 1930s under the Work Project Administration.

On our second night, we took a ride up Brockway Mountain, which provided some pleasant surprises. It is so awesome when you just “go for a ride” and then stumble into dramatic views, an awesome sunset, and great wildlife. 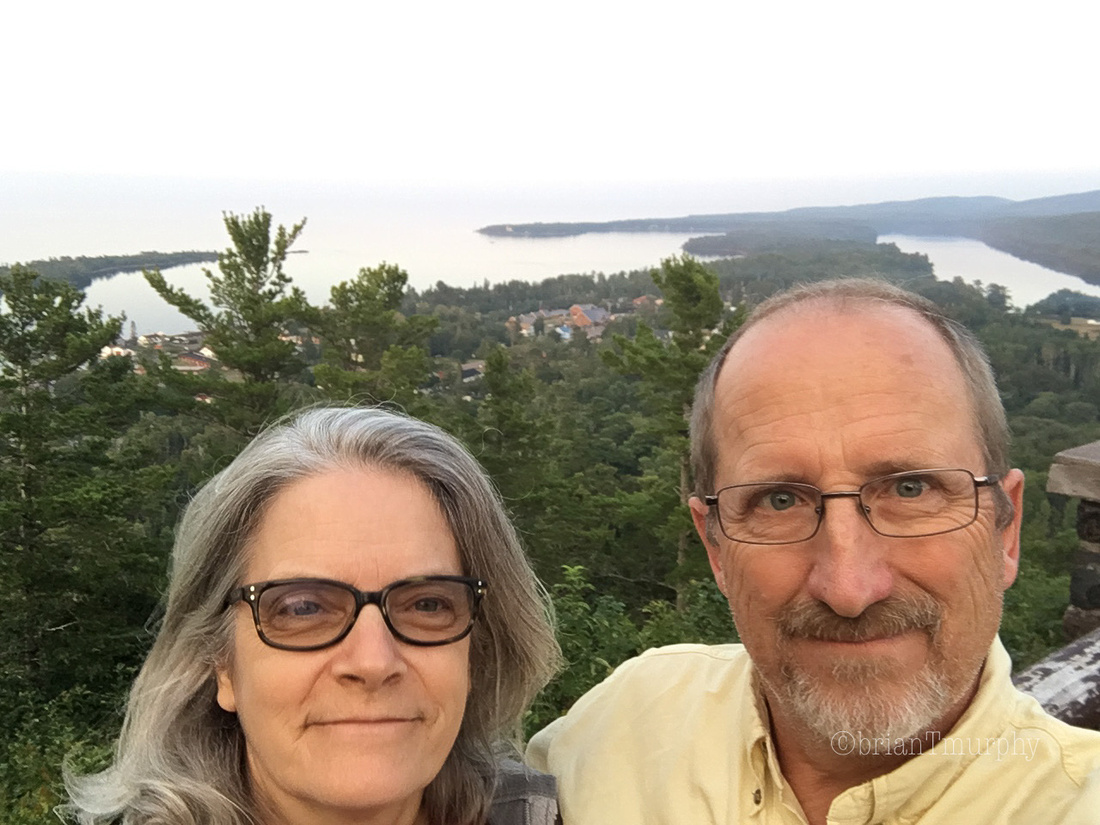 Estivant Pines Nature Sanctuary is a 508-acre nature sanctuary in Keweenaw County, Michigan. It is maintained and preserved by the Michigan Nature Association. The sanctuary includes what is believed to be the last stand of virgin white pine forest in Upper Michigan.

Well worth the drive along some rough roads, Sheree’ and I thoroughly enjoyed walking amongst the giant pines. The trail is only moderately difficult in a few spots, mostly an easy walk of 2-3 miles. Don’t miss this if you are in the area.

What a pleasant surprise. We were in sort of a hurry to get back to Marquette but I wanted to get my National Park Passport stamped at Keweenaw National Historical Park. We spent a short hour in the museum/visitors center but I could have stayed much longer, and the town looked very intriguing. The buildings, for one thing, are very large, bulky even. I can’t wait for a return visit. The Delaware Copper Mine site is part of the park, see the video below. Sorry for the lack of photos, next trip.

Established in 1992 to preserve and interpret the story of the rise, domination and decline of the region’s copper mining industry. Keweenaw Heritage Sites were established to help make a unique contribution to the copper mining story. Embodying stories of hardship, ingenuity, struggle and success, each site allows you to explore the role mining played in people’s lives here and afar. Heritage sites operate independently of the National Park Service. Sites stretch along the length of the Keweenaw Peninsula, from Copper Harbor to south of Ontonagon.

This church, in Sault St. Marie, Michigan, now the Central United Methodist Church, is a Richardsonian Romanesque structure built in 1892-94 from local red sandstone excavated for a failed canal project. Although suffering three fires, in 1904, 1934, and 1941, the exterior of the church appears nearly identical to how it looked when built.

Birds, Flowers and Plants of the U.P. 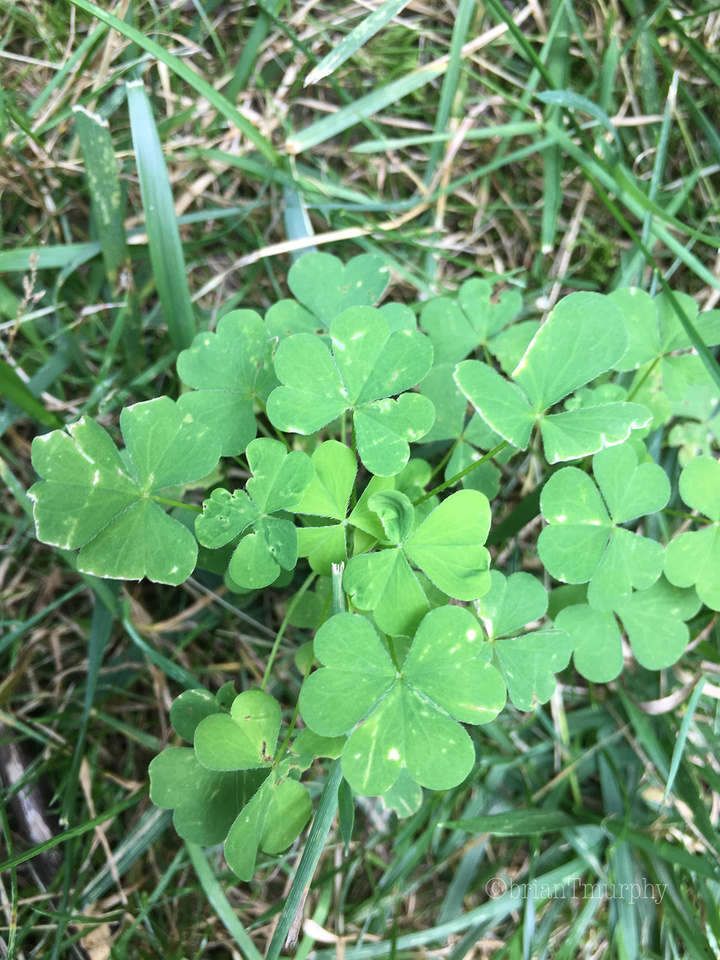 Thanks for spending time with us.